The TIM-1, designed and patented by TNO (The Netherlands) is an in vitro model that produces an environment that closely resembles the gastrointestinal tract in vivo. In this study, the stomach section was investigated in the TIM-1 and the dissolution process is compared to that of the USP II dissolution apparatus. Variability in tablet dissolution rates between the TIM and USP II can result from differences in volume of fluid, flow profile, and sampling methods.

Tablets were made using commonly used and published techniques. Briefly, a V-blender was used to make a large blend of chlorpheniramine (9%), microcrystalline cellulose (45%), lactose monohydrate (45%), and magnesium stearate (1%).

This blend was then used to make smaller batches using the Couette shear cell. The batches were then pressed into tablets of equivalent mass and density using a Presster tablet press simulator. Tablets from these batches were measured and then dissolved in both the TIM-1 and USP II apparatus.

The first comparison is the release profiles of tablets in the USP apparatus II and constrained tablets in the TIM-1. The tablets used for this comparison are from the median shear conditions of all the tablets. From a visual observation of the release profiles, the tablets that were dissolved in the TIM-1 behave similarly to those dissolved in the USP II apparatus. 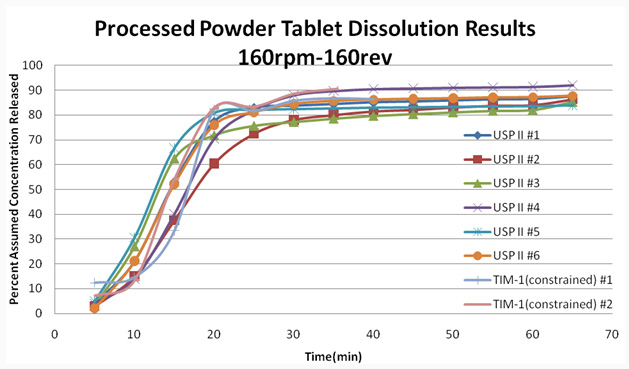 The data in Figure 3 shows that the hydrodynamics of these two systems are not different enough to greatly influence the drug release from the dosage forms. This was as expected for the formulations used as they release drugs through a percolation mechanism as opposed to surface erosion.

Figure 4 shows the release profiles of tablets dissolved in the USP apparatus II and unconstrained tablets in the TIM-1 gastric compartment. The differences in these release profiles are more pronounced, with the tablets in the TIM-1 showing a faster release of drug due to the mechanical interaction with the moving walls of the gastric compartment. The walls speed up the disintegration of the tablets, thus changing a simple diffusion model into multi-body diffusion. This effect could also influence release from gel capsules, or tablets made from granulations and provides a more biorelevant environment for product performance assessment. 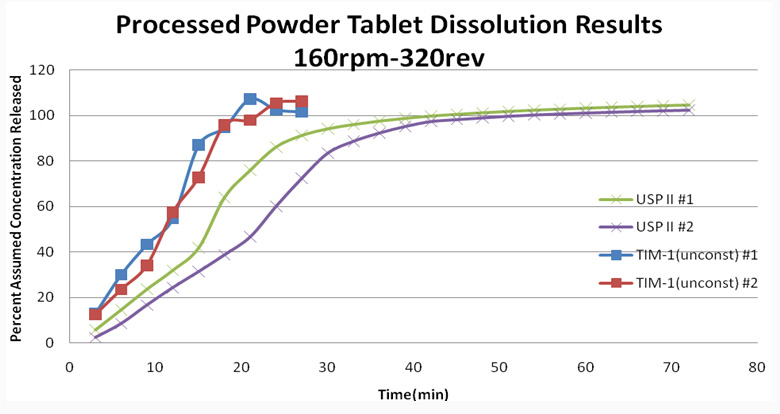 Figure 4. Release Profiles of Tablets in USP II and TIM-1.